If you are looking for the answer to these questions, and if you do not know (or do not remember) who first said the motto of the so called Crusca, meaning “bran” in Italian, “She gathers its fairest flower” (“Il più bel fior ne coglie”), then this article is for you.

Let’s start from the beginning with the Accademia della Crusca: La villa of Castello.

When talking about the history of Florence and Tuscany, it is impossible to not also mention the Medici family who were powerful rulers of Florence and most of its region for three centuries (1434 to 1737), as well as patrons and promoters of Italian culture and art.

Remains of the Medici’s political and economic power are not only still architecturally visible at Palazzo Vecchio, the Palazzo Medici Riccardi and the Palazzo Pitti in Florence, but also at the numerous villas and residences that can be found throughout the Tuscan territory.

Among all the Medici villas in the Florentine area there is one that is particularly important and it is called the villa di Castello.

It is located in the far north-western part of the Florentine urban area, and it is one of the nearest villas to Renaissance Florence. It was also inhabited by a cousin of Lorenzo the Magnificent.

At the time of the Renaissance, the villa was famous for its geometric gardens which were among some the first Italian gardens in history known for their fabulous collection of rare citrus fruits.

In the 1500s two of the most famous paintings of the Florentine Renaissance were kept in the villa: the Birth of Venus and the Spring (Primavera) by Sandro Botticelli, which can be admired today in one of the most visited museums in Florence:  the Uffizi Gallery.

Today the villa di Castello is famous for other reasons, closely related to the Italian language.

In fact, the villa houses the Accademia della Crusca, the prestigious institution that deals with studying all of the phenomena related to the evolution of the Italian language. 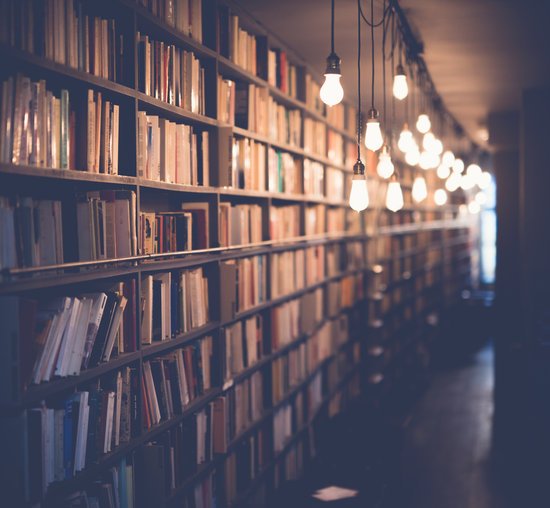 The first language academy in the world

The Accademia della Crusca is the Italian equivalent of the Académie Française in France or the Real Academia in Spain, that is, an institute for the study and supervision of the national language.

The Accademia della Crusca not only represents the highest linguistic authority in Italy, it also boasts a historical record by being the first established linguistic academy in the world.

The Académie Française, founded in 1636 by Richelieu, was modeled on the ideas of the Accademia della Crusca, which was founded in 1583 with a very specific purpose: to maintain the purity of the Florentine language.

Why is the Accademia della Crusca called this name?

The Florentines were aware and very proud of their way of speaking.

In fact, they no longer considered their language a dialect, but a real language, complete and autonomous also by virtue of the prestige of the great fourteenth-century writers who had written using the “high” cultured Florentine: Dante Alighieri, Francesco Petrarca, Giovanni Boccaccio and many more.

To make the best of this idea, in an original way, the founders decided to call their academy “della crusca” or “of the bran” in English.

Bran was the waste material from the grinding of the wheat in the mills: on one side the pure white flour came out; on the other side the bran or the waste from the wheat was cast off.

Therefore, the academics of the Crusca or Bran wanted to eliminate precisely the bran; in other words, get rid of the dirt, and impurities from the tongue (or language) and leave the flower (or the best) of the white flour, which was for them the Florentine language!

As the Academy’s motto says: “She gathers its fairest flower” was taken from a verse by Francesco Petrarca.

Therefore, since the Florentines are the first in Italy and Europe to have this kind of institution, the development of the Accademia della Crusca is an exceptional and very special event in history.

The Vocabulary of the Academics of the Bran

The most famous work of the Accademia della Crusca is the Vocabulary of the Academicians of the Bran which, started in 1612, became the model of all European vocabularies, including languages ​​such as French, English and German.

Thanks to continuous updates (there are five editions in all), the Crusca Vocabulary is still absolutely authoritative and constitutes the main lexicographical reference of the Italian language.

Curiously enough the Academy, at that time, assigned each member with a sort of nickname, a motto, and an identifiable image.

All these references (or nicknames) had to be connected to the world of wheat, such as mills, millstones, flour, straw, and bread.

The symbolic, personal, and identifying images of each academic were represented on blades to bake bread and decorated the main hall of the Academy, as is still the case today.

Take for example the shovel on the left, where we see the adjective “fragile” as a nickname: fragile as the eggs we see in the photograph (Credits: academiadellacrusca.it).

But the eggs are preserved and protected by straw, the straw obtained from wheat.

In fact the motto is: “In my defense”.  As if to say that the straw, obtained from the wheat, defends the fragility of eggs.

What is the Accademia della Crusca good for?

“Today, this is the Italian language”

Today, in terms of linguistics, the Accademia della Crusca has the function of studying and investigating the Italian language rather than regulating it, unlike the Académie Française which has the purpose of creating and establishing grammatical rules for the French language.

More than establishing rules, the Accademia della Crusca seeks to investigate and study changes in the Italian language. It also seeks to understand the transformations of the language along with the reasons and influences that make the language a living organism, in constant evolution and in constant growth.

More than anything else, the Accademia della Crusca does not say and does not promote that Italian must be a certain way or follow certain prescribed rules; rather, it simply indicates changes and makes note of the Italian used today.

In fact, it is no coincidence that we speak standard or neo standard Italian.

Therefore, according to this criterion, some uses are legitimate and maintain a traditional grammatical coherence. 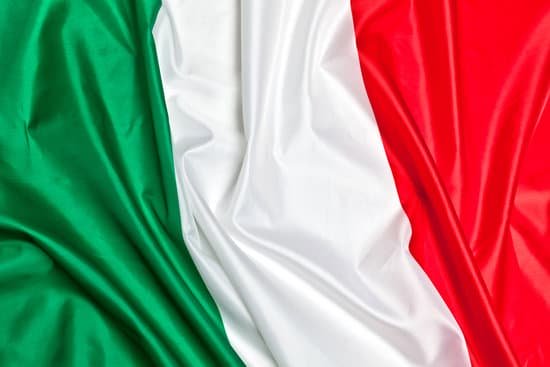 Today, many new expressions have been accepted in today’s Italian and are used in daily communication, such as newly coined words created by journalists, or dialectic influences that spread through television and the mass media, in addition, there are numerous words borrowed from the English language which derive largely from information technology and economics.

This demonstrates that perhaps Italians are resistant to strict rules, in language as well as in life, but above all that the Crusca (or Bran) is still an extremely modern and forward-looking institution.

With that being said, language is not seen as an organism bound by grammatical rules that exclude everything else, but as an inclusive and open tool to be used for its main purpose: to communicate with another person.

The Accademia della Crusca has more than four hundred years of history behind it, apart from an interruption between the end of the eighteenth and the beginning of the nineteenth century.

The Crusca was dissolved by Leopold II, Holy Roman Emperor, the Grand Duke of Tuscany, in 1783 and temporarily replaced by the Accademia Fiorentina, and later reconstituted in 1811 as a result of a decree signed by Napoleon Bonaparte.

In recent years, between 2010 and 2011, it was feared that the Accademia della Crusca could close due to financial cuts imposed due by the economic crisis.

Fortunately, the activity of the Crusca is proceeding and has continued at full speed. 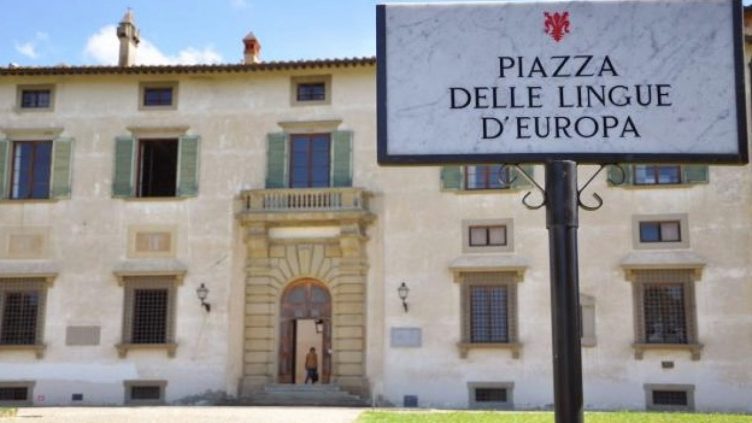 Currently, the Academy is part of the European Federation of National Linguistic Institutions, which operates according to the same criteria for safeguarding, studying, and analyzing various European languages.

It is no coincidence that on a large plaque placed in the square in front of the villa di Castello there is the wording “Piazza delle Lingue d’Europa” or “European Language Square”.